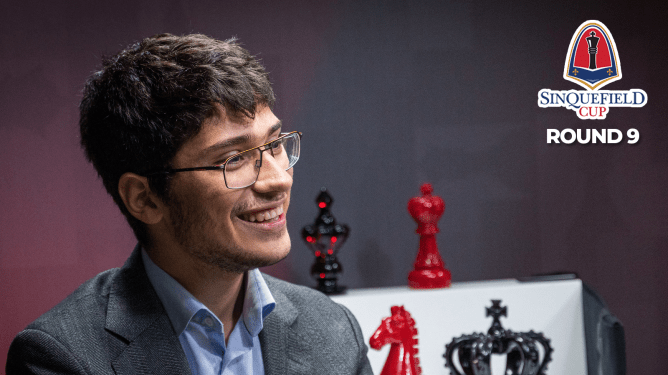 After nine eventful rounds of play and lots of surrounding tumult, the 2022 Sinquefield Cup came to a conclusion on Sunday in Saint Louis.

After four draws in the regulation games of round nine, a play-off, consisting of two rapid games, between GMs Ian Nepomniachtchi and Alireza Firouzja decided the winner of this year’s Sinquefield Cup. After a draw in the first game where Nepomniacthchi was pressing throughout, he blundered right after the opening in the second game, losing a piece. The Candidates winner carried on a while longer, but the result was never in doubt, securing the double win for Firouzja in both the Sinquefield Cup and the Grand Chess Tour.

What a day! It started with fizzles with three draws, then had some drizzles of excitement when Nepomniachtchi seemed to be winning his regulation game. But once the tiebreaking playoff started, the evening truly sizzled.